Greetings Mesa Verde! As a result of the board’s unanimous vote, I have been appointed to be MVCI’s president for the next two-year term. The last two years have seen significant progress in the endeavors of the organization and can be seen in Bob Juneman’s final message to the community, the July “PC.” While I’m at it, I want to sincerely thank Bob for his marvelous stewardship, and only hope that I can be as successful in the upcoming term.

Going forward, there will be several things I’d like to see us accomplish as your board. But for the purposes of this first message to the community, I want to focus on one issue: Membership! As has been shared several times by Bob and all the members of the board, membership is our lifeblood. We are not a homeowner association in the sense most people understand. There are no mandatory CC&R-based (covenants, conditions and restrictions) HOA fees for common areas, external building surfaces, roofs, pools, etc.

Think of MVCI instead as more of a civic association. All board members are volunteers and all dues collected are also voluntary. The funds the organization takes in allow us to advocate on behalf of the residents with the City Council and the various city commissions, Police and Fire Departments, School Board, Water and Sanitation Districts, to ensure our collective voices are heard. These dollars also help to defray the costs of our Annual Meeting, the MVCI City Council Candidate Forum, newsletters, surveys, the MVCI website and projects associated with beautification, like the entry signs to the community.

I want to appeal to every homeowner in Mesa Verde to join MVCI! With roughly 3000 homes in our community, there is no reason that we can’t get twenty percent membership. If you’re a member, ask your neighbors. I have seen dozens of new homeowners move into the “Upper Bird” streets just in the last few years…ask them! Membership is only twenty bucks a year…4 or 5 visits to Starbucks!

What’s it gonna take to get you to participate?

As part of this task, I will be producing a video, with the working title, “This is Mesa Verde” to help tell the story. We will create a YouTube channel to help communicate with internet-savvy folks. We just formed a partnership with the new magazine, Mesa Verde Living, which is mailed monthly to the aforementioned 3000 homes. To simplify signing up and renewing memberships, we are looking at online methods and will have a robust solution chosen in the next 60 days.

Are you with me? According to a few of our veteran board members, our membership roster has been as high as 500, so the 20% ask (which would be around 600 members) should be “do-able.”

Let’s do this! To get to the membership application, click here.

See you again next month! 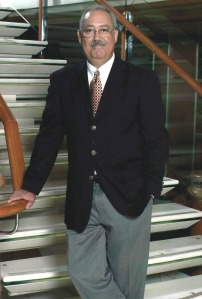 View all posts by Terry Wall